NextWe are not All Vagina
Discourses

“We will talk about sex,” I said to a priest while waiting to discuss sex, gender and human sexuality before the Council of Bishops of the Philippine Independent Church (IFI). He was aghast and speechless.

“What are you discussing about in your talk?” asked a priest at the back of the plenary hall while waiting to discuss sex, gender and human sexuality before the Council of Bishops of the Philippine Independent Church (IFI). “We will talk about sex,” I said nonchalantly. He was aghast and  speechless.

It is true that in the churches, we do not talk about sex. We just do it. One newly-minted pundit on human sexuality who holds a Ph.D. even worried that church people might not even doing sex the right way!

Sex, sexuality and gender issues are justice and theological issues; they mean life and death to many. And the Iglesia Filipina Independiente (IFI) bishops are dead serious about matters of life and death for their flock. It is thus important to talk about sex, gender and human sexuality because these affect those who are just different – from what we usually deem as normal or natural – in sexual orientation, gender identity and expression (SOGIE).

I prefer to start from the realities of human bodies – especially disembodied bodies – the female, or LGBTQ+ bodies.  In a patriarchal culture as ours, women’s and “other” bodies are subjected to battery, assault, harassment, exploitation, demonization and commodification – simply because they are the “óther” bodies. 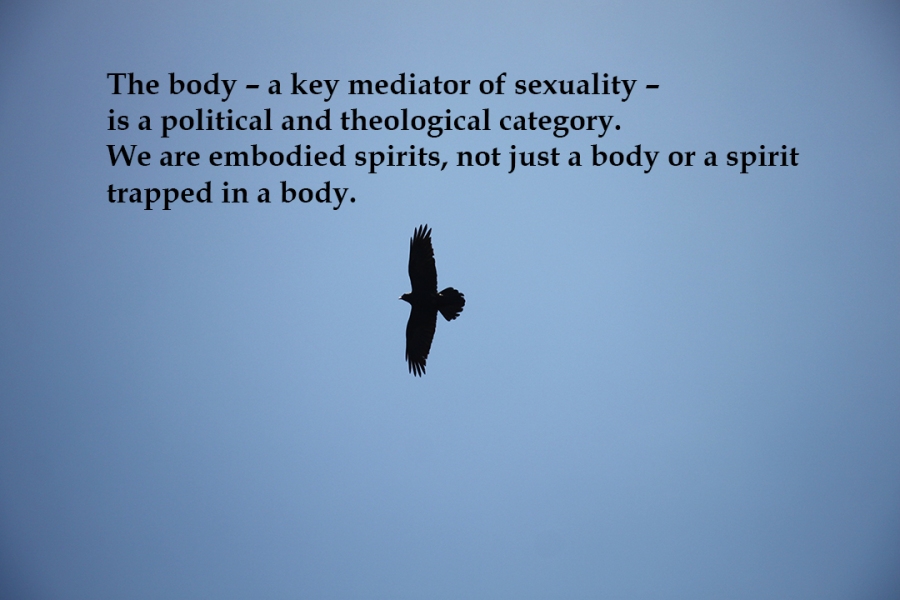 It is mainly women and girls who are given to human trafficking and prostitution. Many women, especially mothers, perform housework and wife duties everyday, with their labor unrecognized, undervalued and, if done outside their homes, underpaid. Most women themselves think they are of lesser worth than the men, are weaker and indecisive. In these three areas – labor, consciousness and sexuality  – women are oppressed, exploited and abused. Many LGBTQ+ people are bullied and killed simply because they are LGBTQ+.

The body – a key mediator of sexuality – is a political and theological category. We are embodied spirits, not just a body or a spirit trapped in a body. I refuse to be dualistic in viewing the human person as just body – or simply soul trapped in a body. Incarnation (God becoming flesh in Jesus) apostatized dualism.

Oppression is experienced in the body but the body is also the site of liberation. Bodies matter. They bear the dignity and image of our Creator. This is the main reason why the IFI bishops seriously took the LGBTQ+ issues seriously in their church. In a landmark statement (in which I am proud to say I was part of the process of making it), Our Common Humanity, our Shared Dignity, the Supreme Council of Bishops even asked forgiveness from those whom the church have wronged due to a convoluted, exclusionary and death-promoting theologies and practices.

If talking about sex, sexuality and gender would help in abating the spread of HIV and AIDS, in humanizing our thoughts and actions towards others who dare come out with their undefinable or queer SOGIE, in opening discussions on transformative masculinities and how it is to be a man like Jesus, in re-thinking our theologies into a more inclusive and welcoming ones – let us come and reason together honestly.

Dr. Liza B. Lamis is a theologian from Iloilo City. She travels a lot and blesses everyone she meets.